CHANGING THE PROTAGONIST’S NAME TO MINE, 2020

The Last Samurai is a film that offers the viewer a small measure of peace. While Nathan Algren, the protagonist, struggles to live with the memories of his past, his newfound friends and allies teach him about their way of life. A life of servitude, righteousness, courage, benevolence, respect, sincerity, honour, loyalty, and self-control. At one point Algren asks himself, “can a man truly be reborn?” And in their final moments together, Katsumoto answers him, “You have your honour again”.

There are many scenes from various films that inspire or move me. This particular film I believe offers myself and others the same opportunity for redemption and forgiveness that it does to its protagonist. And that is one of the reasons why I decided to change the protagonist’s name to mine. It is also one of the reasons why I swapped my face with Tom Cruise in this particular scene. Because I can in some ways empathise and relate with the character while at the same time hoping that I too can end my story with honour.

Note: The full project and video runs a little over 2 hours long. Although I would have liked to share the project as it was originally filmed (as I think being able to witness the changing of the entire script as an important part of the concept), I have decided that I want to avoid as much chance of infringing on peoples copyrights. And so I am following fair use guidelines by using less of the footage which as a result shows less of the film’s script. But I did not skip any pages and it can be seen in the white out cartridges that I cycled through.

The results of the face swap are not the best for several reasons, one of which is that I lack the knowledge in this area of expertise, but I like to think that in this case it’s the thought that counts. 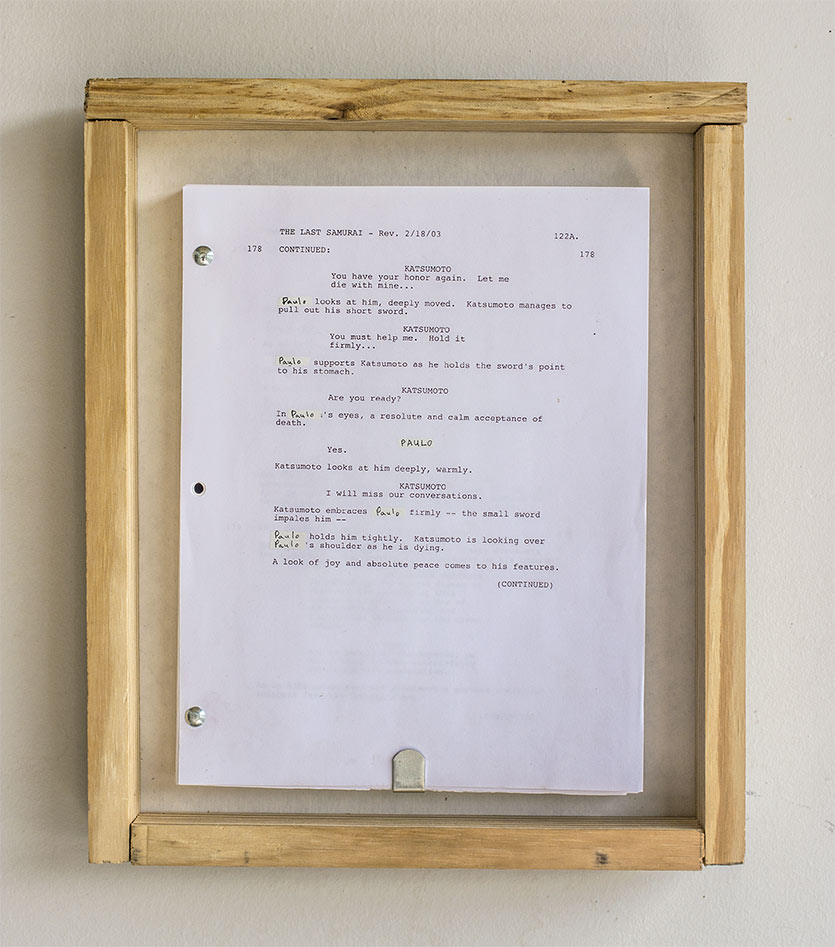